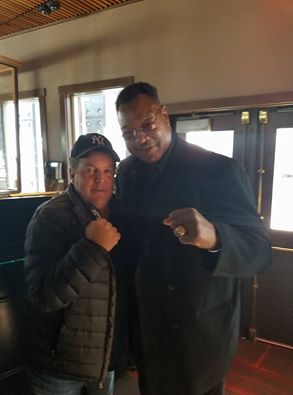 PAST EVENT —  #SportsworldEvents  –  Sportsworld hosted a private signing with Larry Holmes on November 12, 2016

Larry Holmes (born November 3, 1949) is an American former professional boxer who competed from 1973 to 2002. He grew up in Easton, Pennsylvania, which gave birth to his boxing nickname of the “Easton Assassin”.

Holmes, whose left jab is rated among the best in boxing history, held the WBC heavyweight title from 1978 to 1983, The Ring magazine and lineal heavyweight titles from 1980 to 1985, and the IBF heavyweight title from 1983 to 1985. He made 20 successful title defenses, placing him third all time, behind only Joe Louis at 25 and Wladimir Klitschko at 22. Holmes is also one of only five boxers—along with Joe Frazier, Ken Norton, Leon Spinks and Trevor Berbick—to defeat Muhammad Ali, but is the only one to have ever stopped Ali.

Holmes won his first 48 professional bouts, including victories over Frazier, Norton, Ali, Earnie Shavers, Mike Weaver, Gerry Cooney, Tim Witherspoon, Carl Williams and Marvis Frazier, and falling one short of matching Rocky Marciano’s career record of 49–0 when he lost to Michael Spinks in 1985. Holmes retired after losing a rematch to Spinks the following year, but made repeated comebacks. He was unsuccessful in three further attempts (against Mike Tyson, Evander Holyfield and Oliver McCall) to regain the heavyweight title, the last in 1995. Holmes fought for the final time in 2002, against Eric “Butterbean” Esch, and ended his career with a record of 69 wins and 6 losses. 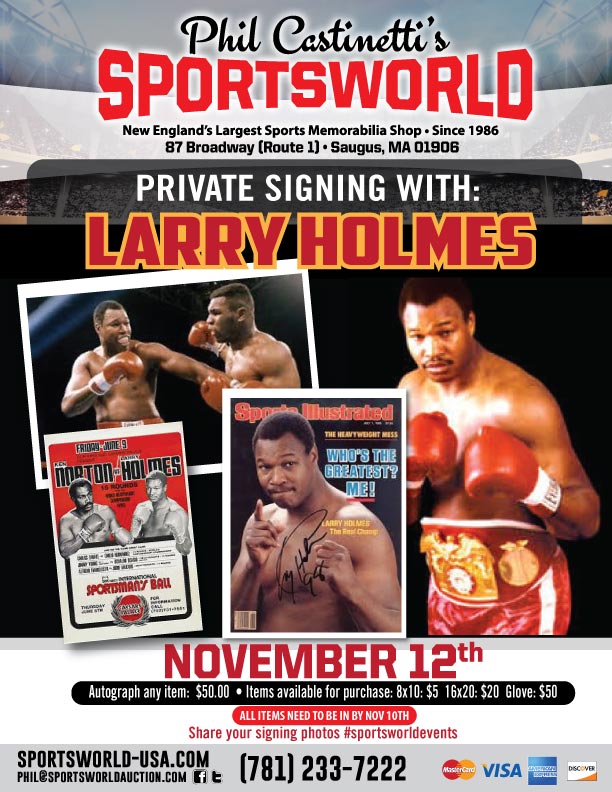